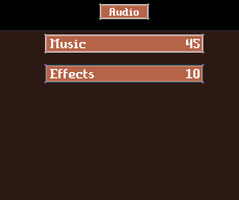 all be it a day late…

It’s a release and a half, with a few big changes.

I have a few things lined up for the next release which will mostly be fixing issues from this one and making the dungeons easier to navigate. I’ll also be going back to my old two week release schedule for the next few months probably until the next Ludum Dare in april.

I hope you enjoy this release and don’t hesitate to leave any comments with issues etc.

Get Dungeons of Loot

No Fight, Only Loot!